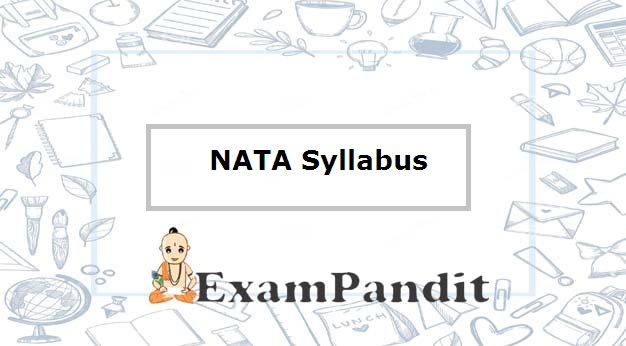 Candidates appearing for NATA exam in the year 2022 should know its syllabus so as to prepare for the exam in advance. The NATA syllabus 2022 entails the topics candidates must study in order to score good marks in the exam. Through NATA, candidates can get admission in B.Arch program offered by the colleges across the country. To fetch good marks in the exam, it is important for the candidates to strictly prepare as per the syllabus prescribed by the authority. Applicants should also go through the exam pattern to understand the composition of the exam.

Since NATA is one of the prestigious entrance exams for admission in architecture course, every year lakhs of students appear for it. But only a handful of them obtain a good score needed for top-notch colleges. The strategy to clear the exam is not fixed and varies from candidates to candidates. But there are few things that can definitely boost up the marks if followed religiously. Syllabus is one such aspect of the exam. Here is the syllabus for NATA 2022 examination which the candidates must go through before beginning their studies-

Get info about exam pattern

Mathematical reasoning: Statements, converse, contradiction and contrapositive, logical operations like and, or, if and only if, implies, implied by, and understanding of tautology.

This test will assess the creativity, imagination and observation skills of the candidates based on his/her understanding of scale and proportion of objects, conceptualization and visualization through structuring objects in memory, geometric composition, shape, building forms and elements, aesthetics, colour texture, harmony and contrast, drawing of patterns – both geometrical and abstract,  form transformations in 2d and 3d like union, subtraction, creating 2d and 3d compositions using given shape and forms, perspective drawing, rotation, surfaces and volumes, generating plan, elevation and 3d views of objects, sketching of urbanscape and landscape, common day-to-day life objects like furniture, equipment etc.